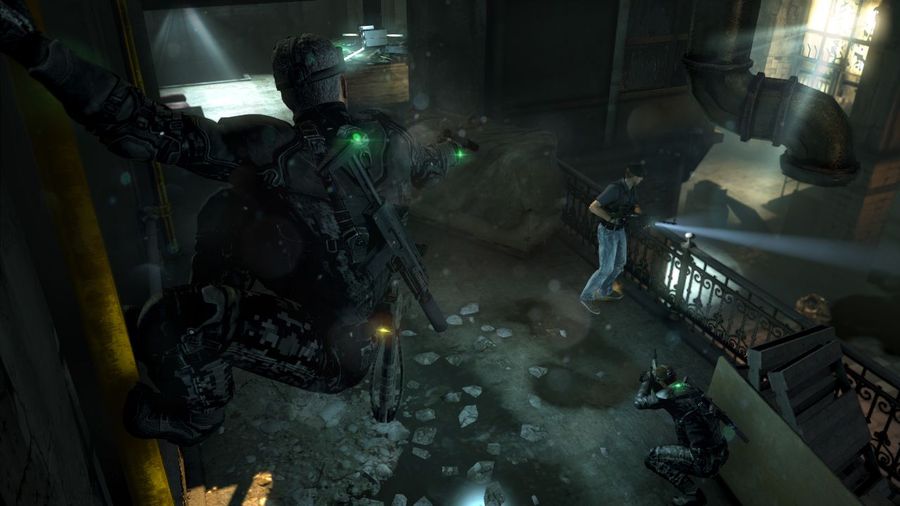 OK, have fun playing with four noobs against five noobs, and your four could be worse than the other five. Have fun being the dead weight on a team of four players better than you against five players better than you. Nomatter how you can manipulate matchmaking you should not be able to do so, doesn't matter in what way. The Snipers can be very annoying, but by studying their laser pattern movement, and by using covering shelters they can be overcome with time and patience, and while the tri-rotor is a handy way of taking down the Snipers, they the Snipers , can also take out the tri-rotors if they spot them.


The most annoying, however creative addition to the AI characters, is the inclusion of Heavy Infantry. These enemies cannot be taken down with any shock weapons, sleeping gas or guns. They'll need not 1, but 2 frag grenades or proximity mines , or 1 incendiary grenade, or a hand-to-hand takedown. This makes the game particularly more challenging as using exploding weapons raises the alarm causing other AI Operatives to swarn to the location, and in stealth missions, may result in extra AI operatives to intervene.

There are also enemy operatives who have riot- like shields, and taking them down will be similar to taking out heavy infantry. The graphics are greatly detailed, probably on par with Splinter Cell Conviction as they use the same engine and physics, perhaps even slightly improved. The stages are realistic, the music dramatic, and the objectives challenging. The missions themselves, while challenging, are not the type that will leave you pulling your hair out in frustration, they can be completed without fail if you have the right gear on, use the right approach to taking down enemies stealth - sneaking, using the tri-rotor, crossbow, sleeping gas or proximity shockers , and also if you study the routes taken by the AI enemies.

The downfall of this game is the changing of voice actors.

However, these do not affect the rating as this is not a comparison, we are rating the game on its own content and merit. The game does lose points though on 3 fronts which do impact on the rating: Firstly, in the earlier missions, many of the objectives are the same. For example, survive 5 waves of AI enemies Secondly, unlike Splinter Cell Conviction, you cannot re-play missions you've already completed just for fun, meaning once you finish a mission, or the game, you're done.

No replaying at all. You need to start the game all over again. To a lesser extent, you cannot fully complete the game unless you play co-op online and play missions with Briggs and Sam working together. Online co-op gameplay is fine, but shouldn't be required in single player mode. Considering that Splinter Cell Blacklist continues the story where Splinter Cell Conviction finished, in my opinion, it is a must-play for all fans of the Spinter Cell series.

Final score for Splinter Cell Blacklist: The game is fun and brilliantly action packed. The interrogation is brutal and entertaining and a new bonus for new comers and older fans alike. In spite of Conviction being dreck, this follows it, even leaving in the daughter, although we get good drama from the calls to her. A group known as The Engineers threatens terrorist attacks on US soil if they do not pull out of overseas bases.

Thus, the charismatic villain does what he should, and bring up a debate. This is the first of these to not have Michael Ironside, and it is a great loss. While it's not his fault, that is still what we ended up with. No, he does well, albeit sounding too young. We have some cool dialog, with humor, banter, and clear relationships.

The characters are archetypes, such as the nerd, who is sometimes annoying as the comic relief. Several return from earlier. Everyone is super-serious all the time, Grim isn't just the name of one of the characters, it's the mood of every one of them. The controls are somewhat stiff and not intuitive or fluid.

Problems a few, yes, still, there shouldn't be any at all arise because one key can do more than one thing, in the same situation. No, this isn't on par with the first four.

Nevertheless, it is pretty good. The levels are organic and cool reuse of some areas within one mission, and using someone who worked with the bad guys, gets monotonous , based on actual locations around the Middle East and the West, such as a water plant, a mansion, and, of course, in and on the outside of, a train if it ain't broke.

They allow linear progression through some areas, then opening up to ones that have multiple paths, and you choose whether, and how much to, blowing enemies up and away, or sneaking. You have a number of tools focused on the latter, and the former is enabled via the third-person-shooter elements of this. Go direct or use acrobatics: From up there, you can use one-handed equipment, unless a nearby foe is countering it!

Of course, not your two-handed. These can be restocked at the relatively frequent boxes, or replaced with those of the fallen. This retains the mechanics of hiding in the dark and in silence, as premiered in Thief. 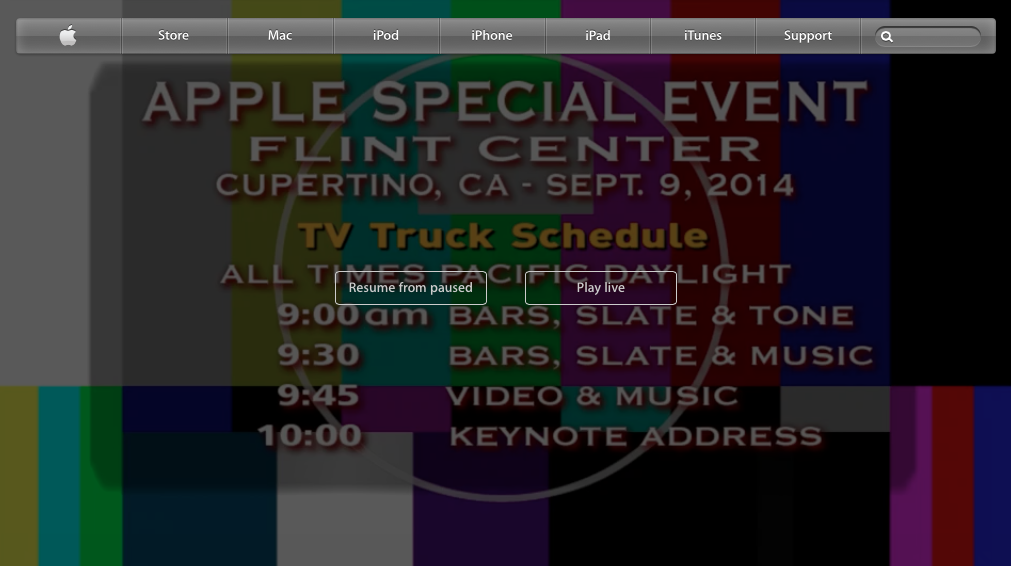 You note patrol paths and guard posts, keeping in mind that they can change when you return to the most saved checkpoint yes, those get frustrating and often intersect, and plan how you approach it. The sidemissions are samey, and made to be, and thus really feel, skippable. They're there to grind. The coop elements can be awkward. They do also give fun experiences. The graphics look great without requiring too much, and you can almost always turn the camera degrees. The multiplayer is addictive. There are 5 modes and 6 settings including a decimated hospital, a Uranium mine and a silo.

You have to hide in the area while it's underway, with you and fellow players teamwork is key! There aren't that many playing today.

If she get's pregnant, it's not your fault. Yeah I really hate to say this but as much as I'm still having a good time playing classic mode, it's already starting to get a little stale which is pretty sad considering the game has only been out for a month. Having only one game type classic that interests me and only six maps to play on isn't enough to keep me interested for months and months like Chaos Theory did.

Before you comment on one of my posts, please research the Dunning-Kruger effect. Best game of all time: Gamefaqs mods are a joke. That's a bummer, as per the thread I posted I was really excited to see the return of SvM because I put so many dozens of hours into Pandora Tomorrow multiplayer. Are any of the levels rehashes of classic levels? Still trying to get a sense of why this mode is disappointing as I haven't activated my Gold yet to try it. 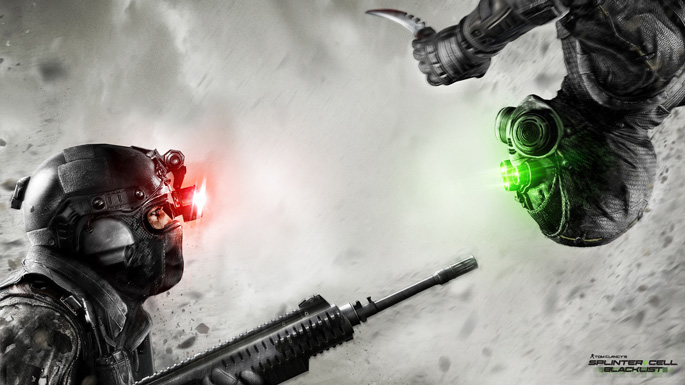 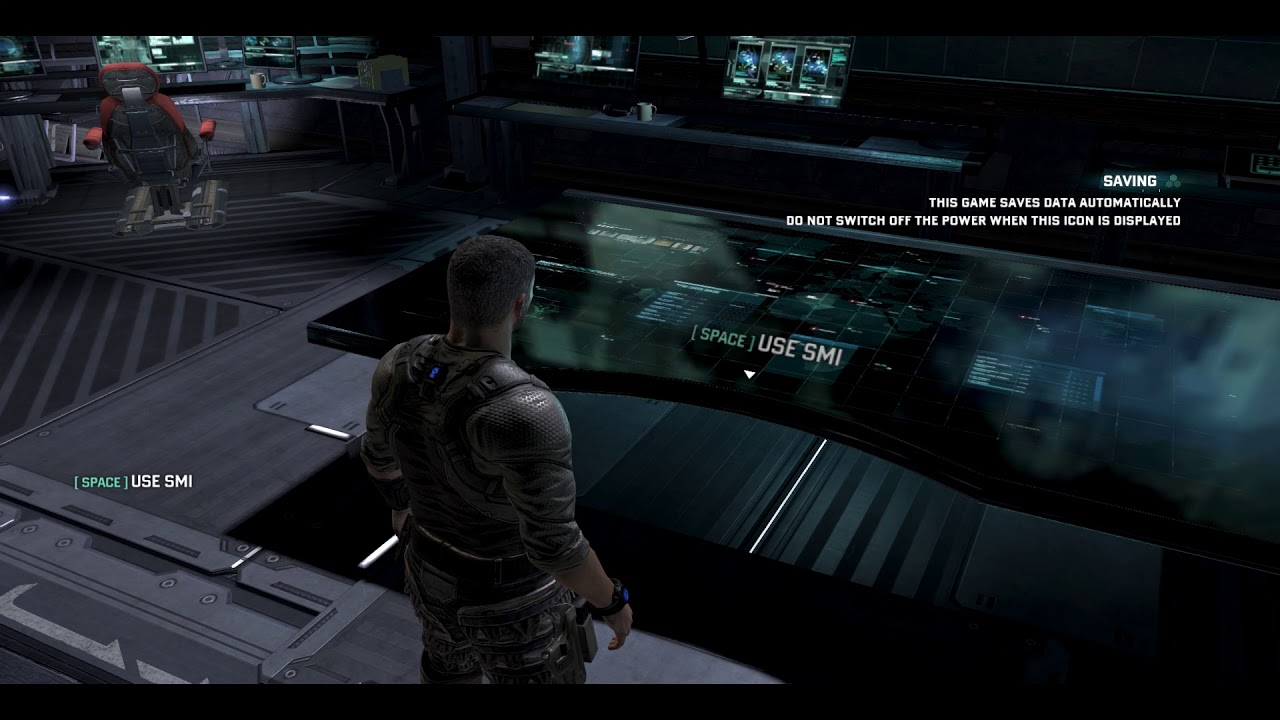 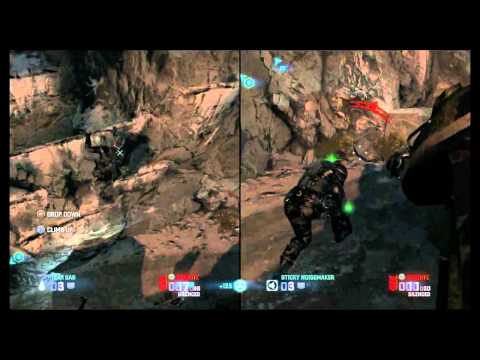 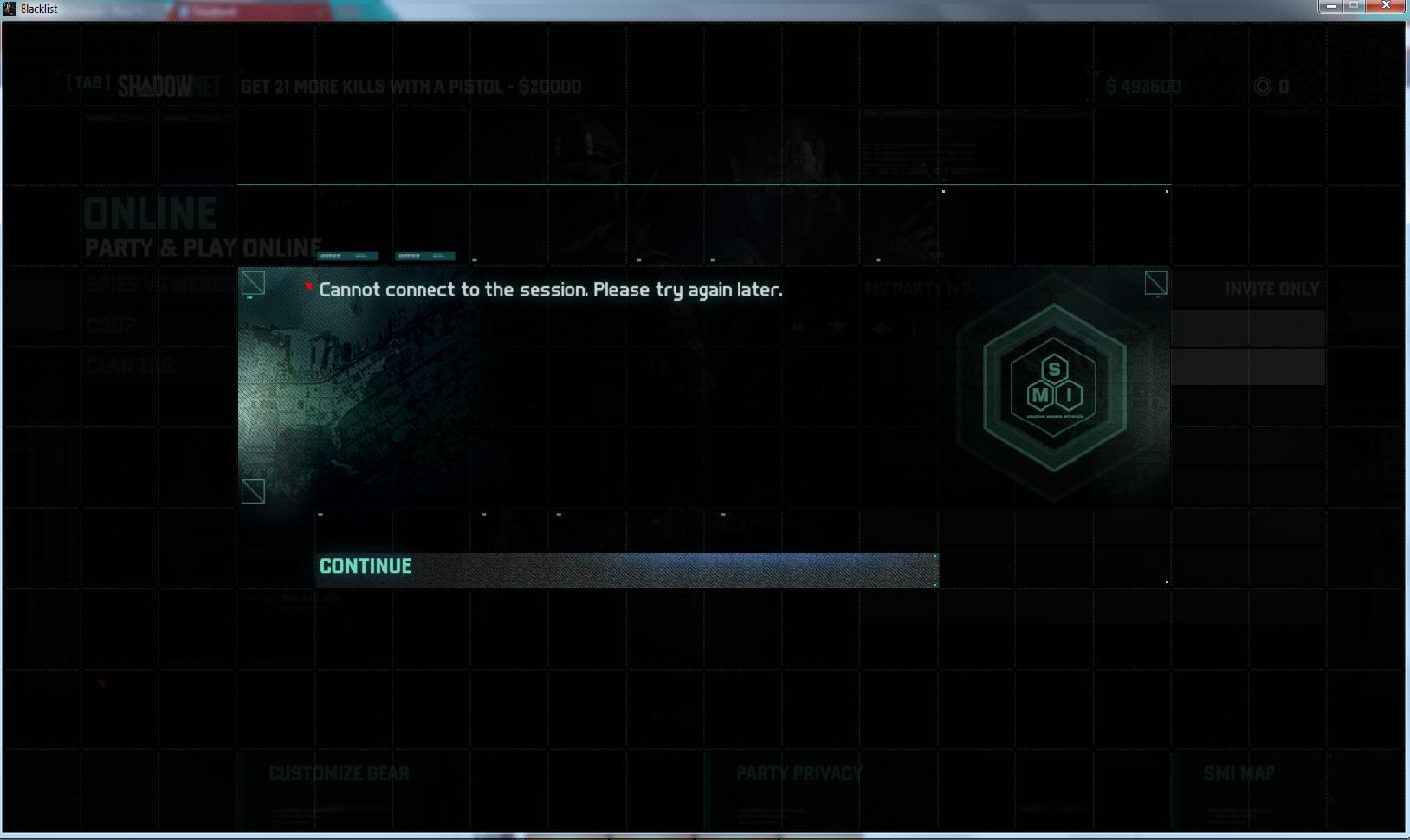 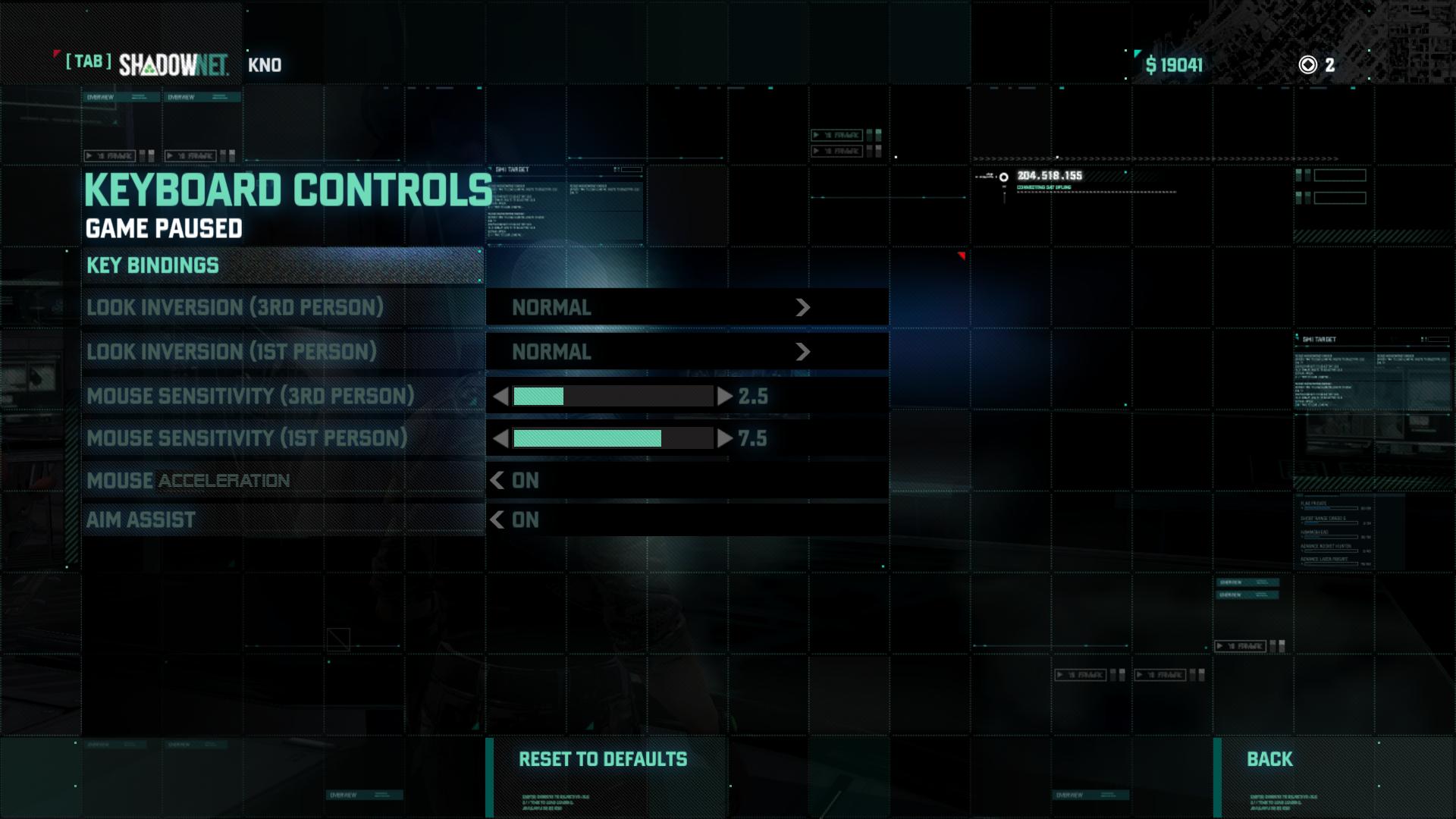